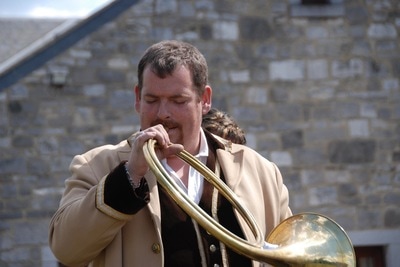 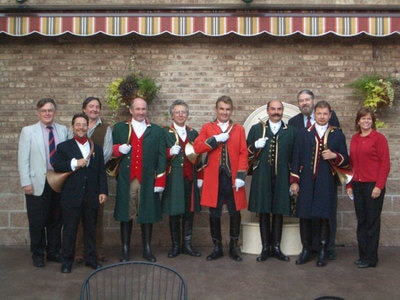 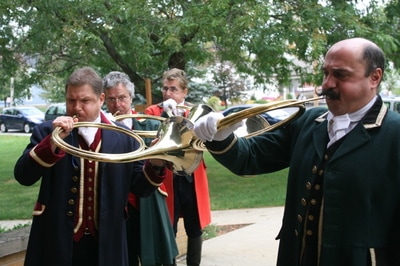 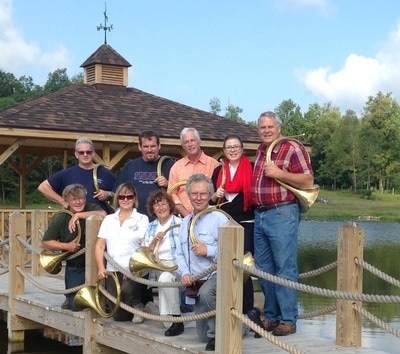 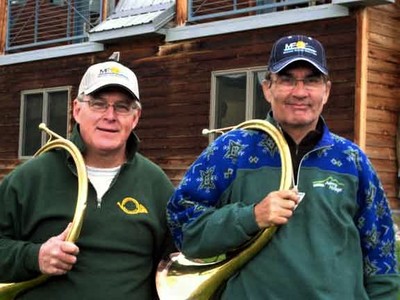 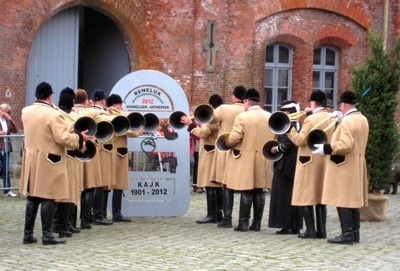 What is the FITF?
The Federation Internationale des Trompes de France (FITF), or the International Federation of Trompes of France, goes well beyond the French borders.  The FITF has 14 regions in total.  France is divided into 9 regions, and the other countries include Germany, Benelux, Belgium, Netherlands, Luxembourg, Switzerland, and it's most recent inclusion, the United States.  The FITF governs and oversees the activities related to playing the trompe.  FITF memberships total well over 3,000 members.  Throughout FITF's regions,  a variety of events are hosted each year. The two largest summer events are the Concours de Societes (a group performance festival), is held every two years, as well as the International Festival (showcases individual champions).  If you are interested in belonging to the continually growing FITF community of the United States region, please contact (Responsible@Trompe.US) for more information. Also, please visit www.fitf.org for important updates on international events and other useful resources.

Trompe Vocabulary:  Part of the mystique surrounding the trompe in the USA is a simple unfamiliarity with trompe related terms.  Below you will find,   just a few of the important terms used in relation to the hunt and trompe performance.
​
Equipage: more than a hunting club it refers to the entirety of the hunt includes horses, hounds, trompes, animals, etc.
​
Hourvari:  refers to the ascending glissando given to the first note of the chant and sometimes first note of the second phrase to be used as part of the

Maitres:  refers to the Master, or today, we might consider him or her the host.  Nobility or the land-owners were and still are still referenced this way.

Pique:  refers to the decisive, hard attack of the note.

Piqueux:  refers to the technician responsible of the hunt.  He is the steward not only the hunt but takes care of the hounds as well.

Radouci:  refers to the reduced  sound or soft playing accompanied by the hand-stopping technique for some notes the same as hand-horn techniques for valveless horns of the 19th Century.

Rallye:  refers to the group or ensemble or associations such as Rallye Combreux specific for hunt groups or the Rallye Trompes, such as Rallye Trompe des Vosges specific for music groups.  Although groups names may begin often with Rallye, group names  may also start with Echos de such as Echos du Pays d 'Auge, or group names also begin with  Cercle  such as Cercle Saint Hubert Bourbon Vendme , or even start with Trompes de such as Trompes de Bonne.

Sonneur:  refers to the player.  Also sometimes referred to as the ringer.

Tayaut:  refers to the articulation with the tongue between the lips giving an almost yipping quality to the end of the note, a unique embellishment assigned only to trompe.

Ton de Venerie:  refers to the playing style specific to both color and rhythm of the music, with its main ornament, the tayaut, and not the actual the written notes (Ton Simple).   Not unlike swing in jazz. ​

Trompe:  non-translatable.  The trompe is not a horn or trumpet nor is it the cor de chasse or any of Bach's used nomenclature.  It is la Trompe de France and refers specifically to the instrument of the French Hunt tradition

Venery:  refers to the hunt

Great Sonneurs of the Past: